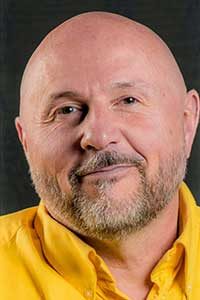 Michael Ruge is a successful entrepreneur, expert negotiator and dynamic community leader. As founder of several enterprises, his strong, interpersonal leadership style has positively influenced the bottom line of many companies. Michael facilitates the development and growth of junior corporations worldwide through his vision, support and mentor management. An inveterate traveler, Michael jaunts around the world to benefit various Charity causes. Michael owns and operates All Ways Solutions, working as an a Eco-Advisor and Business Consultant from his lakeside home on Vancouver Island, BC, Canada. Michael has been collecting quotes for several lifetimes (well, at least one!) and finally decided to share his collection with the world. 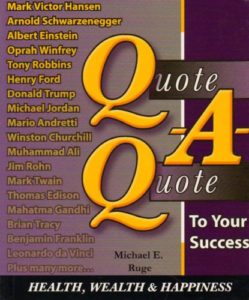 Quote A Quote on Amazon

Discover the secrets of true meaning of value and wealth that were once kept secret by the hyper-wealthy.

“Deficit spending is simply a scheme for the ‘hidden’ confiscation of wealth. Gold stands in the way of this insidious process. It stands as a protector of property rights.”
— Alan Greenspan

“Money is gold, and nothing else”
— J.P. Morgan

In this prophetic new book, bestselling author and goldsmith’s son Michael Ruge unravels the mysteries that tie together people, the economy, and gold in a triangle of lust, power, and wealth.

With the global economy on the brink of collapse, will a new form of GOLD currency emerge?

Today, gold has become the single most important wealth preserva¬tion tool for banks and individuals alike. It is both an irreplaceable store of wealth and a standard for currency. Michael Ruge uses historical case studies, economic theory, and his own experience as the son of a goldsmith in order to arrive at a few startling conclusions:

• The next financial collapse will be on a much larger and irreversible scale than the recession of 2008.

• It won’t be long before there will be panic gold buying and only central banks, hedge funds, and other big players will be able to buy any gold at all.

• Several very probable solutions and outcomes to the growing economic bubble of today.

• How to tell apart gold with little to no value from the most valuable type of gold, where to find it, and what to do with it in order to protect your legacy.

Find out why you need to act today in order to protect your financial future in Ask About Gold.

Ask About Gold on Amazon